As the saying goes, " Necessity is the mother of invention", and this interesting story is a great example for this...

on May 13, 2018
As the saying goes, " Necessity is the mother of invention", and this interesting story is a great example for this phrase.

2. Josephine was raised in Shelbyville, Illinois, and got married to William Cochran in 1858.

3. Josephine was also the grand daughter of John Fitch, who was known for steam boat related inventions.

4. Josephine was a socialite, and had a prosperous early married life with her husband.

6. Josephine's family situation along with her prior interest to develop dishwashing machines to relieve housewives from washing dishes after a meal drove her towards developing the first commercially viable machine.

7. Though the dishwashing machine was not a household item during her times, it was successful with business customers, and was called Cochrane dishwashers, which later became Kitchen Aid.

8. Josephine was issued the patent on December 28, 1886 (See below for the patent info)

10. Josephine Cochrane was not added to National Inventors' Hall of Fame until 2006

11. Romania, as part of honoring women inventors' around the world, issued a Josephine Cochrane's stamp in 2013 honoring her for developing the first commercially successful mechanical dishwashing machine.

(Another example: Familiarity breeds contempt; Proximity dilutes value - In this example, even after a century) 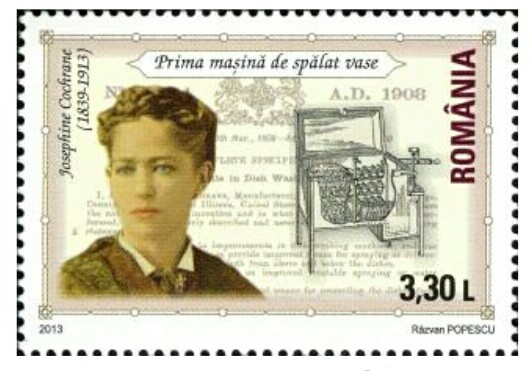 David vs. Goliath, and an Interesting Proverb

Should it be, "Fingers are mightier than Sword" rather than "Pen" BrainyQuote by Dr. SSK Originally shared by LuxLim Co-M #yellow #illustration #art #design #pattern https://www.redbubble.com/people/znamenski/works/36025139-yellow-illustration-art-design-pattern-decoration-scribble-graffiti?asc=u,,, , #Pen https://www.redbubble.com/people/znamenski/works/29469260-proverb-the-pen-is-mightier-than-the-sword-proverb-pen-mightier-sword-penismightierthansword?asc=u,https://tweepsmap.com/schedule/loadmedia/1530837?mediaId=I_8D66FC7FBC27259_1&render=thumb https://www.redbubble.com/people/znamenski/works/29469260-proverb-the-pen-is-mightier-than-the-sword-proverb-pen-mightier-sword-penismightierthansword?asc=u,https://tweepsmap.com/schedule/loadmedia/1530837?mediaId%3DI_8D66FC7FBC27259_1&render=thumb